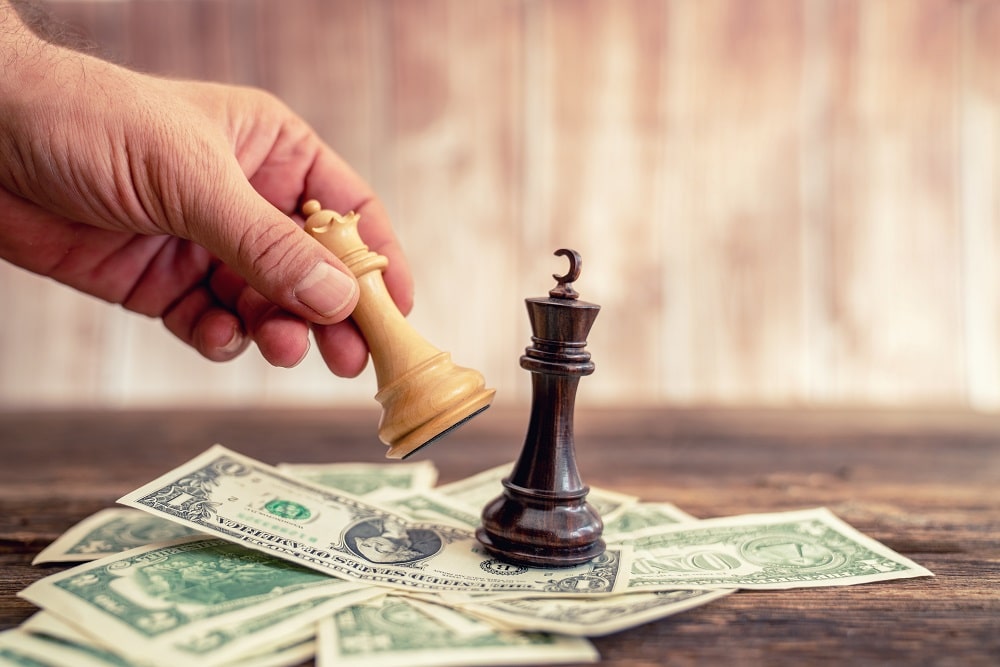 If you’re like most people in the world, the end of the year also ends with a startling discovery that you didn’t save as much money as you had originally hoped.

Chances are good that you had the opportunity but just didn’t quite have the right goals in place.

Don’t do that to yourself this year. Start fresh with the best money moves to improve your financial wellbeing for years to come. Because after all, this year’s savings turn into next year’s profits.

These are the seven most simple and best money moves you can make for your future self in the new year.

By creating saving goals you dedicate a portion of your income toward the betterment of your financial future and your future self. It’s a win-win, but many people struggle with contributing the allotted amount to those goals each month.

There are many things you can create saving goals for, including things like an emergency fund, retirement planning or even a vacation you want to take this year. But saving for those macro-level goals are often more difficult to do than the everyday goals.

If you start on the micro-level of goals (like how much you can spend each month on groceries, going out with friends and that last-minute coffee pit stop that seems to be becoming a regular habit), the aforementioned macro-level goals come way easier.

You see, anyone can say they want to dedicate $200 toward building an emergency fund and $125 toward building a vacation fund each month. But saying and doing are two completely different things. When you first sit down to create micro- and macro-level goals, you start to see exactly where your money is going.

In order to hit those macro-level goals of saving for retirement or a vacation fund, you’ll need to cut down your spending in other categories. And chances are it’s going to be a lot tougher to cut your monthly grocery expenses than it is to cut down on your entertainment budget.

Figure out which categories you spend your money on (rent, car insurance, clothes, gas, haircuts, groceries, etc.), set a monthly limit for each category and don’t go over budget.

By doing this, you can easily allot a maximum spend toward each category, stop spending when you’ve hit that max and properly contribute money to your macro saving goals.

Getting rid of debt lifts an enormous boulder off your shoulders, converting the weight of financial chains into financial independence. Although paying off debt entirely is one of the greatest feelings in the entire world, it shouldn’t be your main focus. Hmmm, did you just hear that right? Yup, let me explain.

Let’s say you had to put $7,500 on your credit card for car repairs and this, that and another thing, and you just can’t afford to pay down that principal immediately.

If you have a credit card with a 21 percent interest rate, you’ll be paying nearly $130 in interest each month. That adds up quickly.

But if you transfer that debt to a 0 percent interest credit card, you can put that interest payment directly to principal and begin paying down that high-interest debt much quicker.

Balance transfers to 0 percent interest credit cards often charge you 3 percent of the principal (in this case it would be $225, which is less than two months of interest). They also typically give you 12 to 18 months of 0 percent interest, so that gives you more time to pay and a greater ability to save.

As for low-interest debt, it’s always good to throw extra money toward them each month to reduce your overall interest paid. But lenders actually see small amounts of debt as a good thing. To them, it means you’re out there making and spending money, boosting the economy and their bottom line.

As long as you pay low-interest debt in a timely manner and get rid of high-interest debt immediately, your new year, new funds will be thanking you greatly!

Building an emergency fund will help you eliminate the need of putting money on pesky high-interest credit cards, ultimately eliminating the previous money-saving issue I previously talked about.

Plus, it’s nice to see extra money sitting in your account for a rainy day. And believe me, the rain will come. It always does, so it’s better to be prepared.

To build an emergency fund, you must first create saving goals that allow you to allocate money toward that fund. Emergency funds are pertinent because they can be used for almost anything unexpected, but they should never be used to fuel your lifestyle (like clothes, going out with friends or traveling).

Emergency funds should be utilized for instances like an unexpected medical bill, car or home repair, issue with your beloved pet or something serious. Creating an emergency fund for this unpredictable life is an absolutely crucial money move you must do in the new year.

Federal laws allow you to check your main credit reports for free once per year. Since there are three major credit bureaus (Equifax, Experian and TransUnion), that means you get three free credit reports each year. I suggest you use them and use them wisely.

Check your credit score once every four months. This gives the bureaus enough time to get reports on your monthly payments and update your debt-to-income ratio. It also allows you to see if there’s a problem with your credit history or if you’ve fallen victim to identity theft.

So we’ve talked about building an emergency fund and creating saving goals, but the ultimate way to separate yourself from the pack of penny-pinching savers is to invest your money.

Investing your capital is the best and easiest way to build wealth. With investments ranging from super safe to super risky, there’s a fund or stock for everyone out there.

Maybe you’re a cautious investor who’s happy making 2 percent on your money each year. Maybe you’re a risk-taker and can make 30 percent this year on your capital.

Ultimately, that is up to you to decide. But either way, you should invest your capital. If you build up a few savings funds that total $4,000, do you really want that money sitting in your checking account earning nothing? Or, since you worked so hard to earn that money, do you want your money working for you?

I hope you chose the latter.

If you invested that principal safely and made 5 percent, you just earned $200 without doing anything. That’s $200 better than sitting in your checking account.

If you think you’ll need that money within a certain timeframe, you may want to consider investing in bonds, mutual funds and other low-risk, low-return investments. This allows you to utilize your money quickly in times of need.

Are you a savvy saver or a sumptuous spender? Whatever way you describe your spending and saving habits, you’ll want to reevaluate your income withholding this year.

Your income withholding is the amount of money the government takes from each paycheck. You can opt for them to take taxes out that are less than you expect to spend, exactly as expected or more than you expect. Each withholding category has its perks.

If you’re a savvy spender, you may want to opt for the minimum withholding. This means you likely won’t get a substantial tax return (or you may even owe money at the end of the year), but you’ll be able to invest the extra income immediately and allow it to work for you.

On the other hand, if you’re a sumptuous spender who just can’t seem to build up savings, you may want to opt for the federal government to withhold more than you’re expected to pay in taxes. By doing this you pretty much guarantee yourself a lofty tax return, which can be used as a lump sum investment or to build your funds accordingly.

One of the most under-utilized smart money moves you can possibly make is also one of the most simple. All you need to do is increase your 401(k) contribution by 1 percent each year.

If you increase it 1 percent every year and eventually hit 15 percent, you won’t even realize a hit on your monthly paychecks, especially if you’re getting a 3 percent raise each year.

And just increasing it by that much can result in hundreds of thousands of dollars down the line. It’s called compound interest, and that’s how money truly grows.

On the first day of January (or before you receive your first paycheck at your new salary), increase your 401(k) contribution by 1 percent. This takes the emotion out of it and helps trick your mind into thinking you never had that money in the first place. The human mind is truly something spectacular.

If you opt to invest your money, which I highly suggest you do, I also suggest consulting a professional money manager and doing your own research to see which investments are right for you and which aren’t.

By doing all seven simple money moves on this list, you can start saving for your future today and start being the boss of your money.

5 Emergency Fund Tips: How to Save, Where to Keep & More 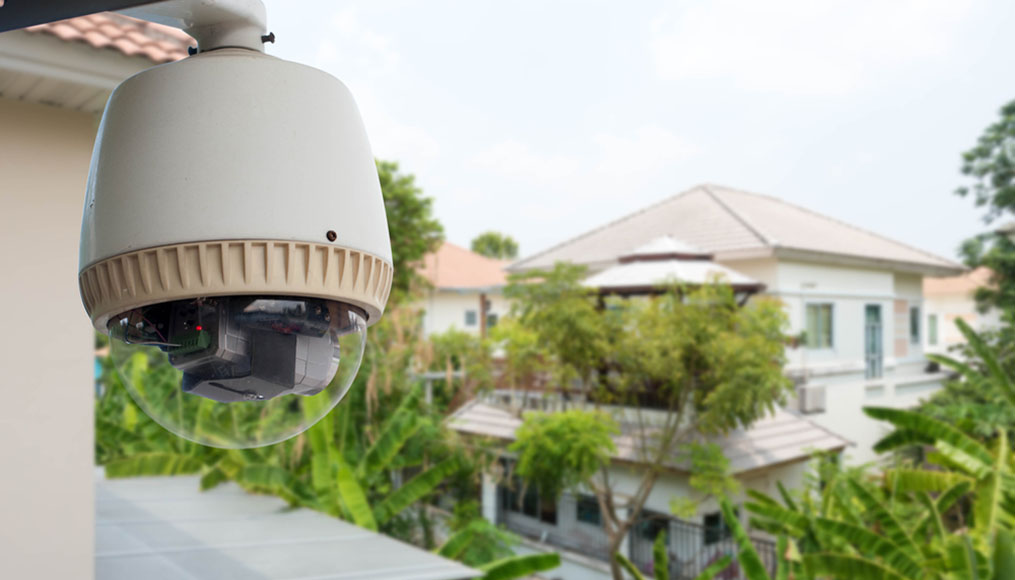 7 Home Insurance Credits You Could Be Missing
#LowerPremiums #SaveMoney