Is My Flooded Basement Covered by Insurance? 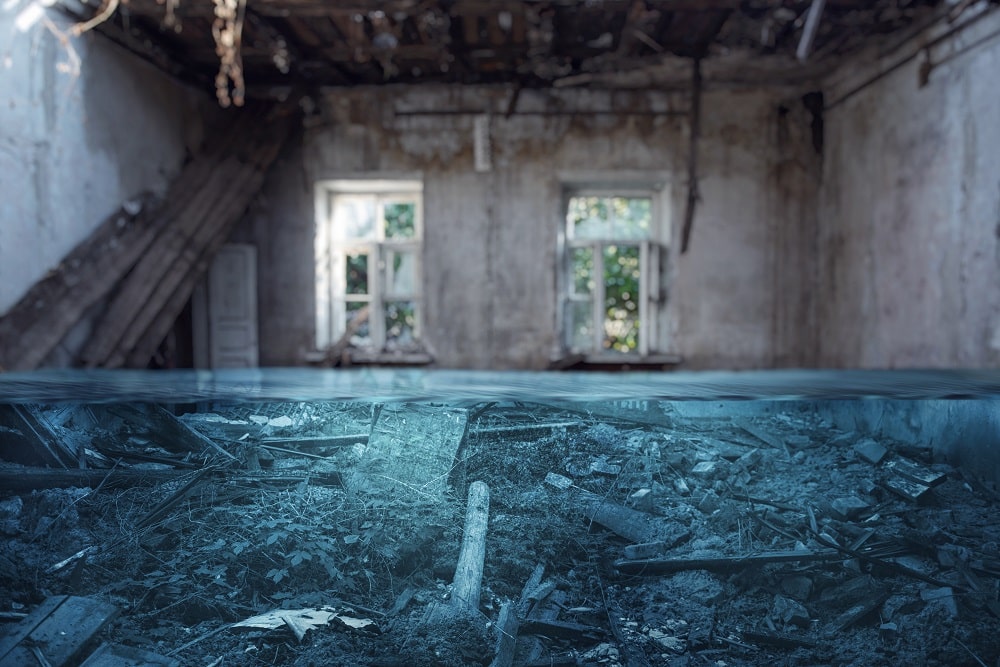 Being a homeowner doesn’t always mean peace of mind. There are so many things that could (and will) go wrong, and it’ll be up to you to foot the bill for many of these occurrences.

That’s why it’s typically recommended that you budget at least 5 percent of your mortgage for standard monthly upkeep and routine maintenance.

While that money may take care of the smaller projects that present themselves over the course of the year, it certainly won’t be enough to cover a major unexpected expense — like a flooded basement.

A flooded basement is the stuff of nightmares for the average homeowner and can leave you wondering, when does homeowners insurance cover water damage? Unfortunately, the answer isn’t always cut and dry.

Your basement flooding could be an extremely expensive disaster, or it could be covered almost entirely by your insurance coverage – find out which is which below.

When Does Homeowners Insurance Cover Water Damage to Your Basement?

Without any additional coverage, there are some scenarios where a standard homeowners insurance policy will extend to cover the damage caused by a flooded basement.

When the water is caused by something within your home, you’re probably in the clear (as long as there are no obvious signs of neglect). Here are a few examples where your homeowners insurance will step in to help cover the cost of repairs and replacements in your basement.

When the temperature drops considerably, your pipes may be prone to freezing and bursting if water is still flowing through them. As long as you’re living in your home at the time when frozen pipes burst, your homeowners insurance policy should cover the damage done to your basement.

2. If there’s a leak from your appliances

The basement is often a popular place to store appliances with a constant flow of water, including the washer and dryer. If your appliances malfunction (including the refrigerator or the AC unit) and cause your basement to flood, your homeowners insurance coverage should step in to help cover the cost once you’ve paid your deductible.

3. When the water heater breaks down

As long as your water heater is leaking as a result of malfunction rather than neglect, the water damage caused by the faulty appliance should be covered by your insurance.

When Is a Flooded Basement Not Covered?

When your basement is flooded as a result of an external source (including the weather), your standard homeowners insurance coverage won’t help you cover the cost of the damages.

Here are a few examples of water damage you’ll need additional coverage to protect against:

If there’s a hurricane, a major storm surge, or just heavy rains, your standard homeowners insurance won’t help to protect against this kind of water damage.

Instead, you’ll need specialized flood insurance to help cover your losses after rain or water from outside cause your basement to flood.

2. Water seeping up from the ground

After a period of long or heavy rain, it’s not uncommon for water to soak down into the earth, through the ground and back into your basement.

While virtually impossible to protect against, your homeowners insurance policy won’t cover this kind of water damage. That’s where flood insurance may pick up the pieces.

When it comes to bad luck for homeowners, almost nothing is worse than having the sewage system backup and flood your basement.

While you can add special protection for sewage backup, it’s typically not nearly enough ($10,000) to cover the full extent of the damage caused by a sewage leak in your home.

Do You Need Water Damage Insurance?

Water damage insurance isn’t a simple add-on you can apply to your current homeowners policy.

If you live in an area prone to extreme weather or hurricanes, you may be required to enroll in flood insurance to help protect your property and your possessions. Flood coverage is provided by the National Flood Insurance Program (NFIP) and private insurance companies.

If you aren’t sure what kind of water damage you’re protected from, you may want to call your homeowners insurance provider today before you find yourself wet and holding the bill.