Taking a Bite out of Homeowners Insurance Dog Breed Restrictions

Dogs are man’s best friend. From the outside looking in, some dogs tarnish that reputation because they aren’t entirely tamed to take care of every person as they do for the ones who take of them.

Although dogs have been domesticated for thousands of years, some home insurance companies are still skittish about them due to the potential for dog bites.

Each year around 4.5 million people get bit by a dog and nearly 800,000 of those instances require medical attention, according to a study from the U.S. Centers for Disease Control. Considering about 90 million dogs are owned as pets, that number seems fairly small.

When you stack the numbers, less than 5% of domesticated dogs in the U.S. are responsible for all dog bites that occur. That number gets even lower when you consider many dogs are multiple-bite offenders.

That’s still a bit too much of a bite for some home insurance companies to stomach.

Dog bites are serious injuries, leading to infection, amputation, deformation and even death. According to the Insurance Information Institute, there were 18,522 dog bite claims in the United States in 2017, which cost home insurance companies $686.3 million. The average cost per claim was $37,051.

Even though the total number of bites far exceed the number of claims filed, dog bites can become a home insurance company’s worst nightmare.

Widely considered the national dog of Japan, its ancestors were bred to hunt a variety of animals — including bears. Akitas are considered one of the most dominant dog breeds around. But the story of Hachiko, who stood at a Japanese train station for nearly 10 years waiting for his deceased owner to return, is one of the most loyal stories you’ll ever hear. 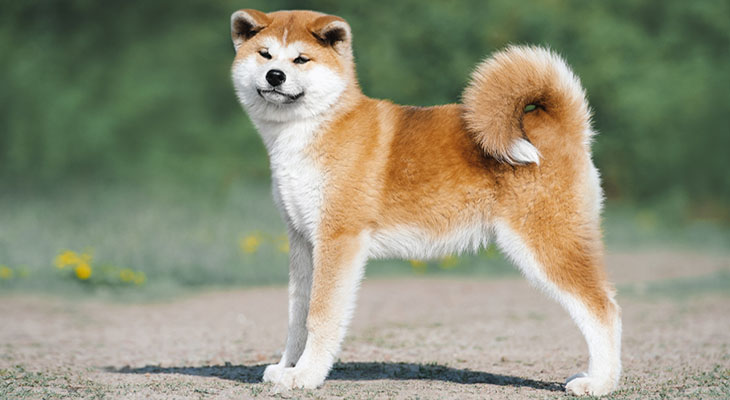 Sometimes mistaken as a Siberian Husky, Alaskan Malamutes are purebred dogs, not a husky breed. They’re the official mascot of Alaska and one of the oldest breeds of sled dogs. Although they’re labeled by the American Kennel Club as affectionate, loyal and playful, the native Mahlemut tribe primarily raised them to hunt seals, among other things. Alaskan Malamutes are typically taller, stronger and weigh more than the Siberian Husky. 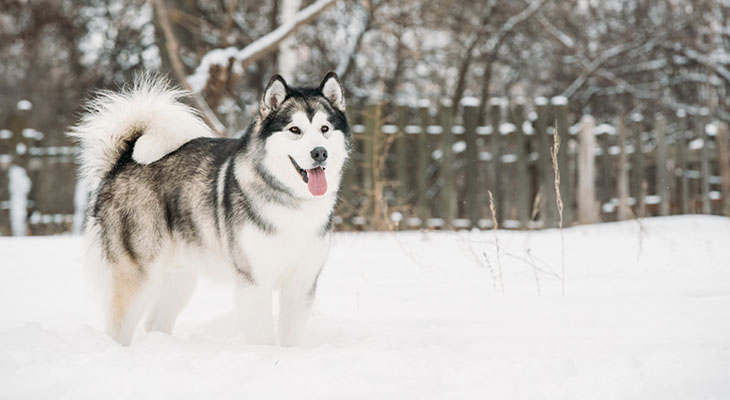 Protective by nature, Boxers come from a long lineage of German big-game hunters. Protectiveness of their territory and of their owners are the primary reasons home insurance companies tend to have them included on the aggressive dog breed list — not because they used to hunt bears and bison. 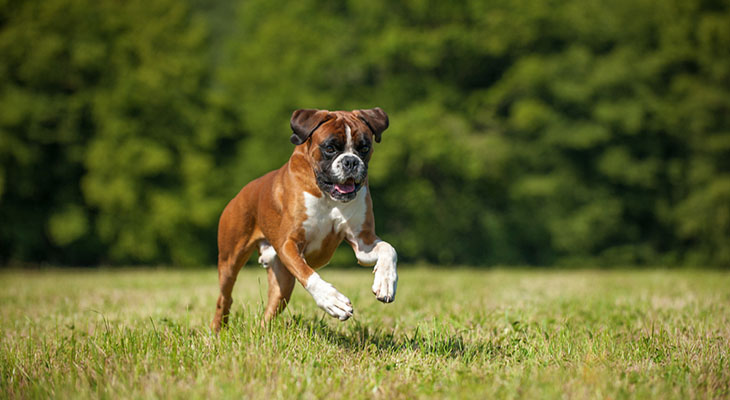 Originally bred as an Italian guard dog and big-game hunter, Cane Corsos are close relatives of the Mastiff. Cane Corsos are working dogs that are large, muscular and have a vigorous temperament. 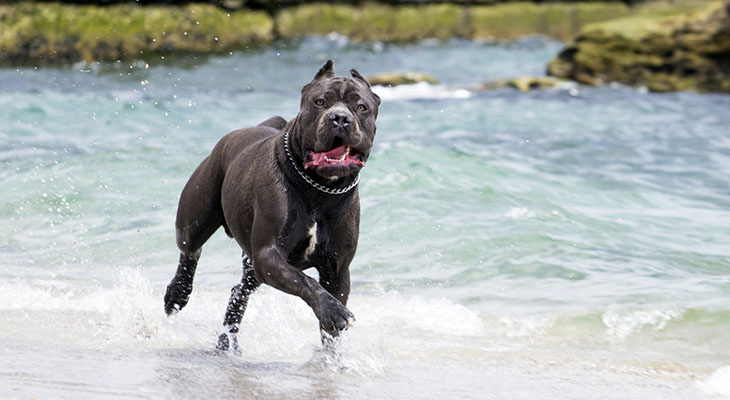 Although they normally don’t stand taller than 2 feet, Chow Chows are often stubborn and sometimes skeptical of strangers. Chow Chow’s can be traced back to China’s Han Dynasty, when they were depicted in artifacts such as pottery. They are among the oldest-known dog breeds in the world. 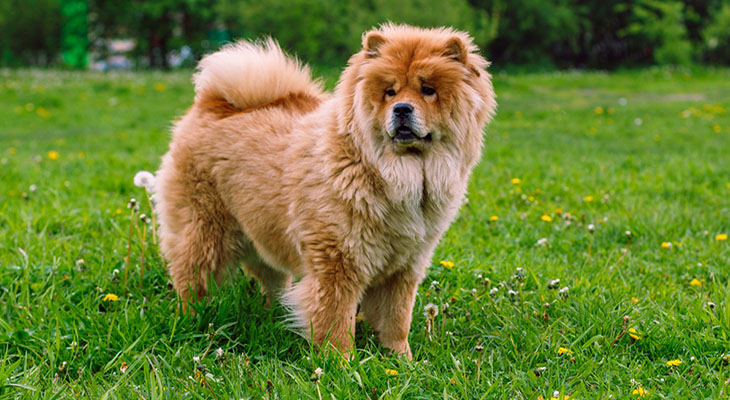 Dalmatians may be the biggest head-scratcher on the list. Serving many roles, such as a firehouse dog and hunter, Dalmatians tend to be exceptionally affectionate and easily trainable. 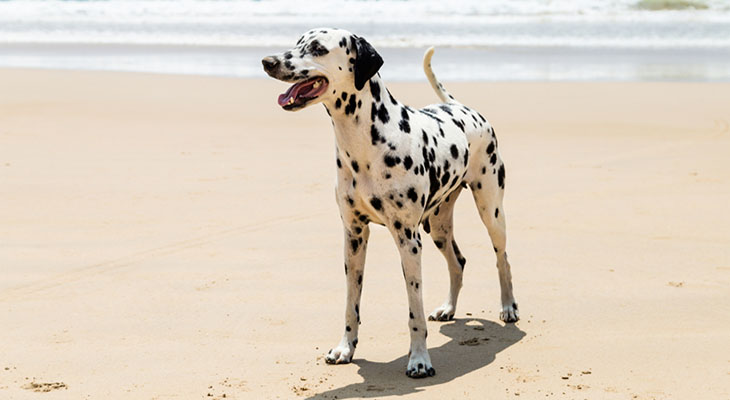 They’re, arguably, most known as being the junkyard guard dogs in movies. Doberman Pinschers were also used to deter tax collectors in 19th Century Germany. In modern times, you can find these muscular breeds positioned as military and police K-9s — and still guarding certain junkyards. 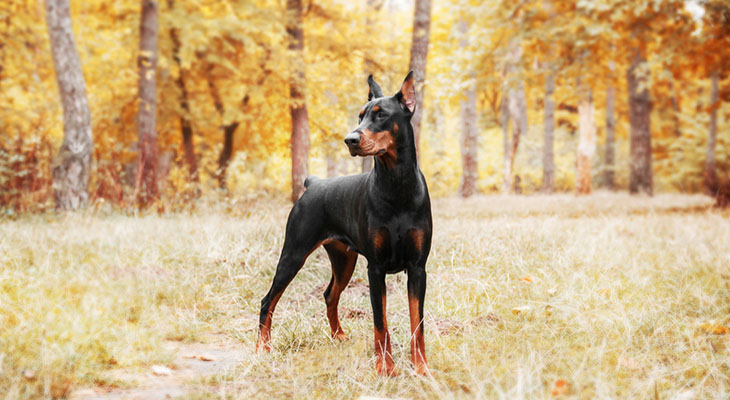 German Shepherds are pretty much the Swiss army knife of dog breeds. They guide and assist people with handicaps, herd animals, are obedient companions for many people throughout the U.S., and serve as police and military personnel through drug sniffing, bomb sniffing and search and rescue. German Shepherds are also among the youngest breeds on the list, dating back to Germany in 1899. 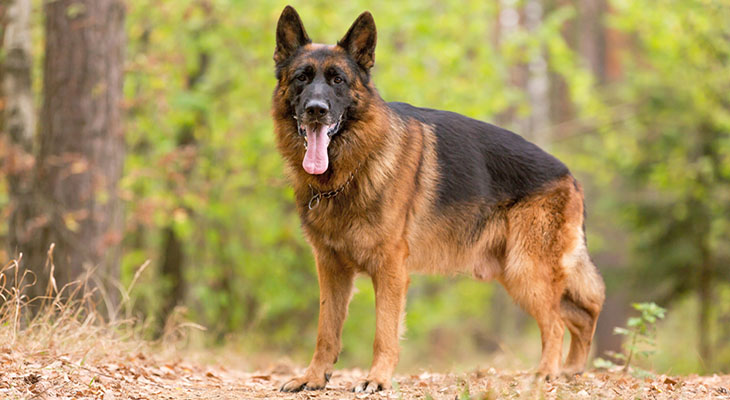 One of the largest dog breeds in the world, Great Danes possess a fierce size and bark. They’re a distant relative of the Mastiff but, over time, have shed many aggressive qualities Mastiffs are known for, however, they’re still known to be great alert dogs for homes. 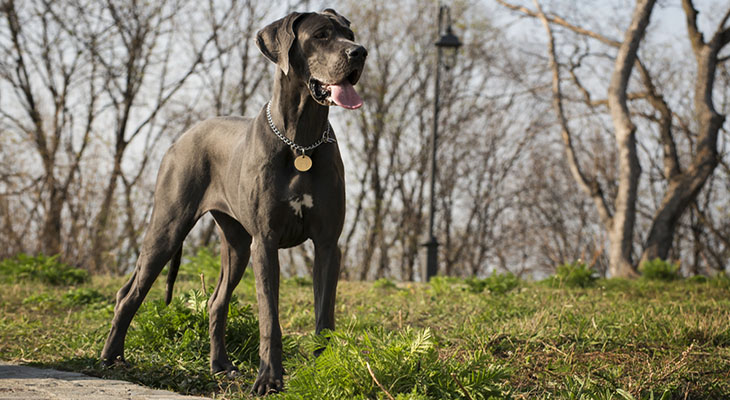 One of the oldest breeds on the list, Mastiffs have long been considered a premier species, which has led to many spinoff Mastiff breeds that are just as prominent on the homeowners insurance dog exclusion list. More than 5,000 years ago, Mastiffs were known as war dogs, slowly transitioning to the good-natured breeds most are known for today. 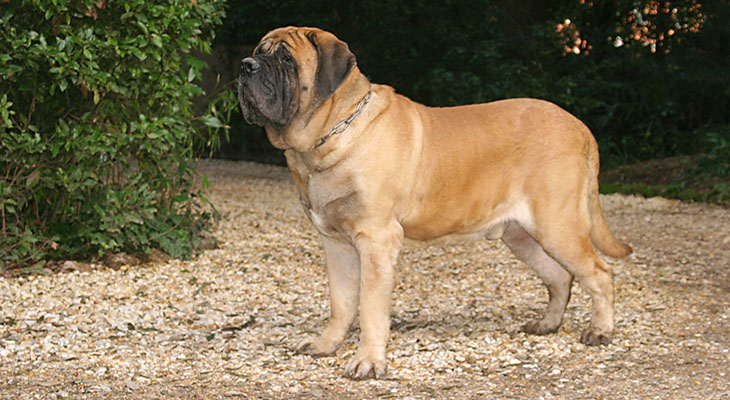 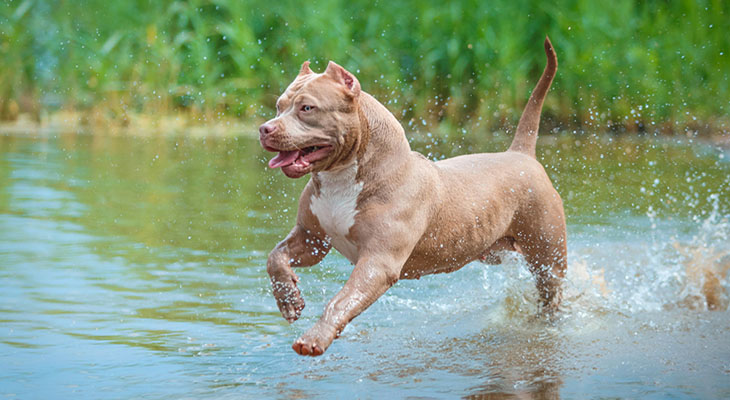 The history of the Perro de Presa Canario is, undoubtedly, a unique one. According to the American Kennel Club, the Canary Dog of Prey originated in the Canary Islands during the time of the Spanish Conquistadors. There, they were bred to fight each other, eliminate feral dogs, herd cattle and guard farms. They were almost driven to extinction in the 1970s before a group of breeders contributed to the resurgence in population. 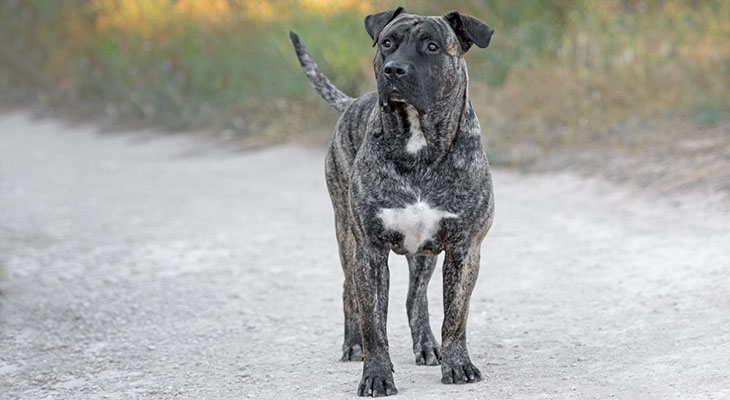 Among the earliest generation of police dogs, Rottweilers were known to herd cattle and pull heavy carts for butchers. They’re extremely intelligent and can be easily trained. However, Rottweilers can be very territorial and aggressive, which is why they make for good guard dogs. 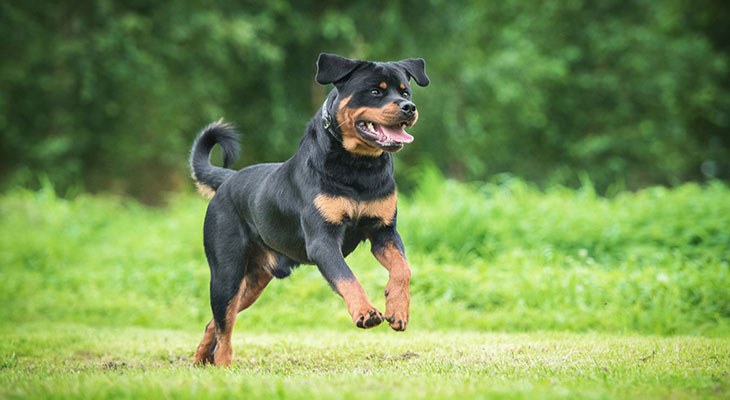 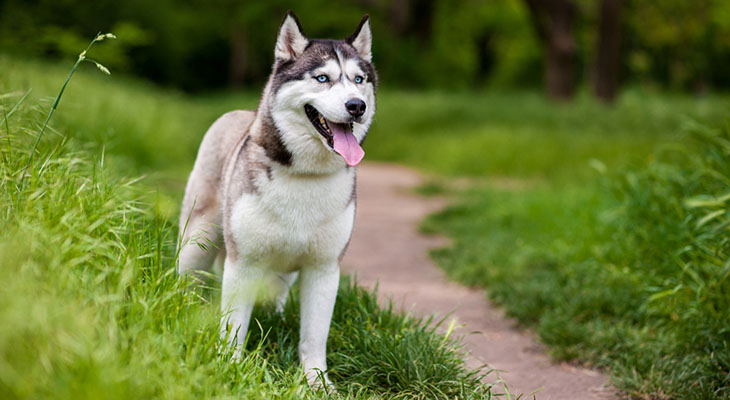 Wolf Hybrids are any domestic dog that has been bred with a wolf, including a gray wolf, red wolf, Arctic wolf and many others. Wolfdogs are extremely territorial animals and tend to not do well inside a house. They typically don’t like any interaction with people or animals they aren’t familiar with and also require a lot of care. 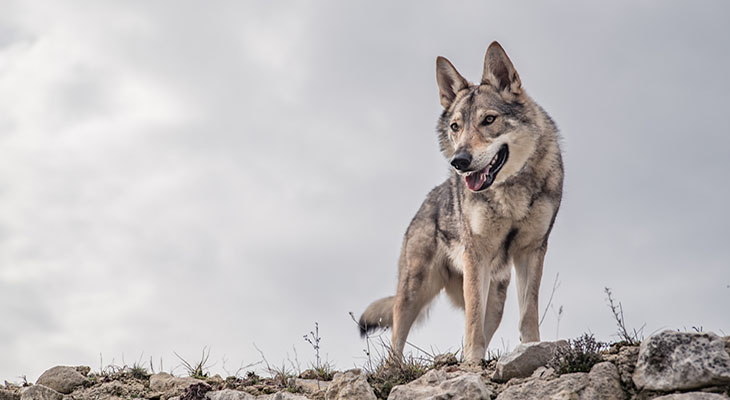 16. Any dog with a history of aggression (Has attacked or bit people or other animals in the past)

It pretty much goes without saying that a dog who has already bit someone has a greater probability of doing it again. For this reason, home insurance companies tend to stay away, fearing they may become a multiple-bite offender. 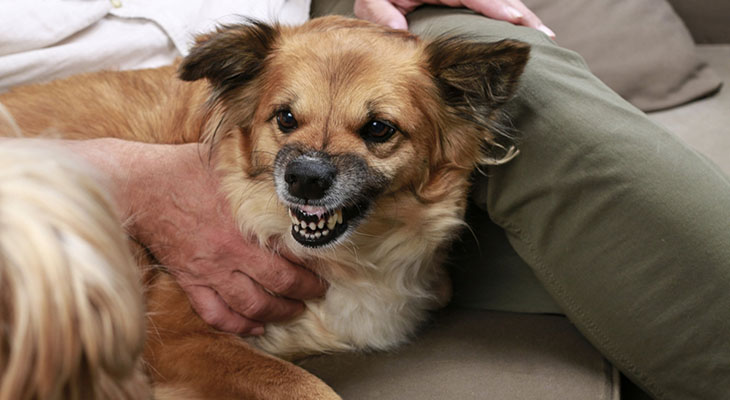 6 Scary Scenarios When Renters Insurance Coverage Is Your Best Friend 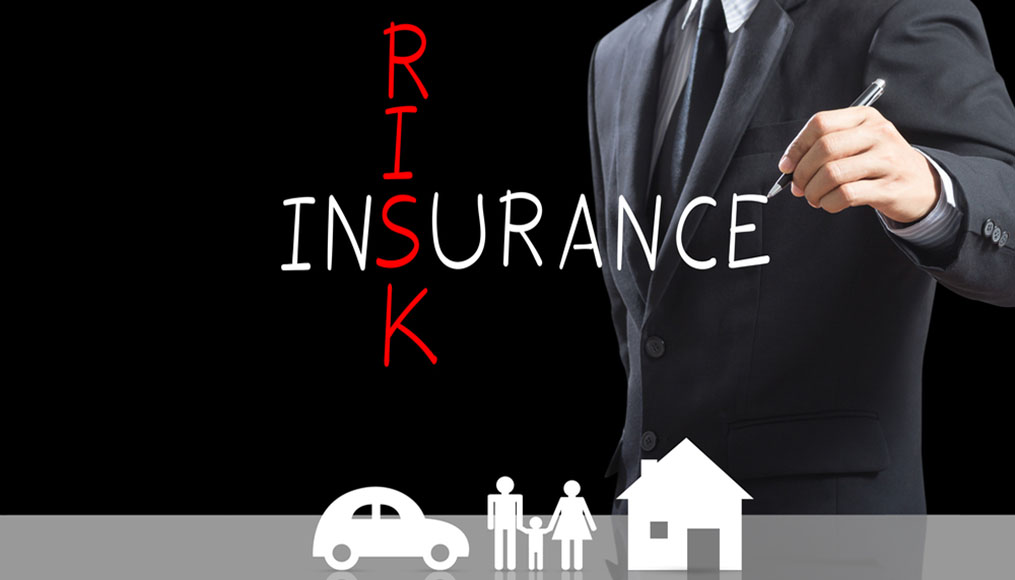 How Does Insurance Work and What Is It?
#InsuranceBeginner #InsuranceExplained 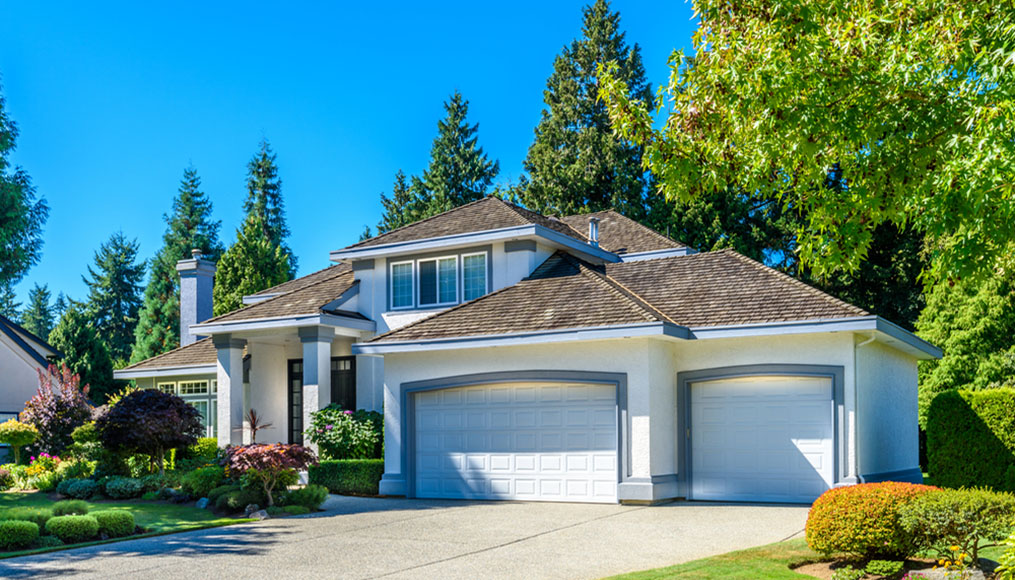 Home Insurance Coverage A: What Is Dwelling Coverage?
#InsuranceBeginner #InsuranceExplained 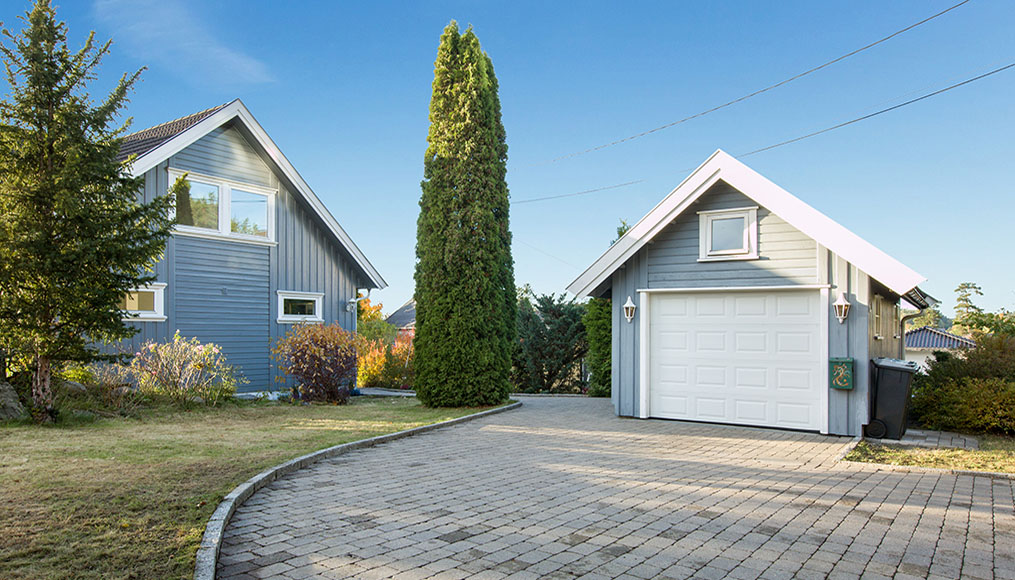 Home Insurance Coverage B: What Is Other Structures Coverage...
#InsuranceBeginner #InsuranceExplained 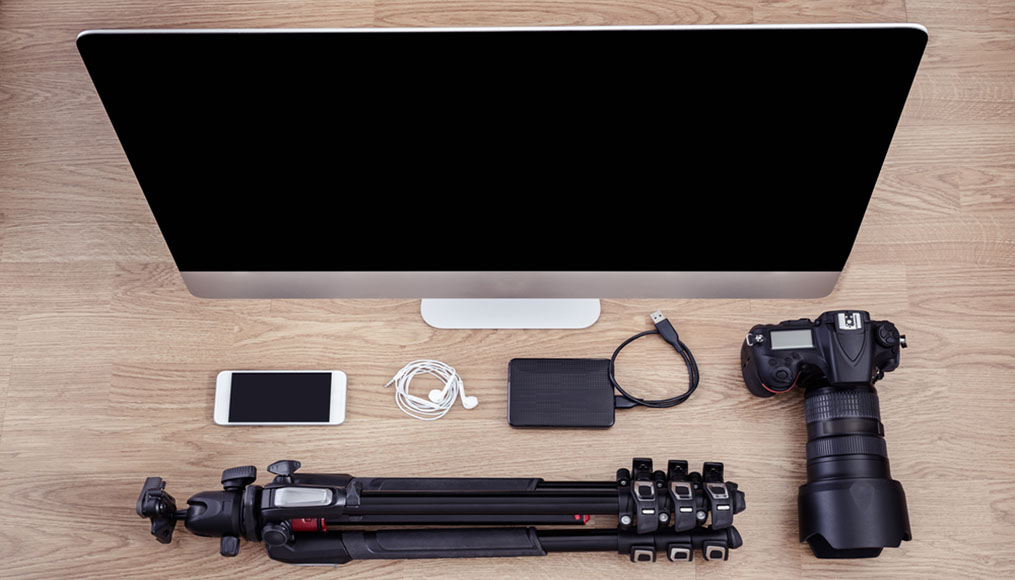 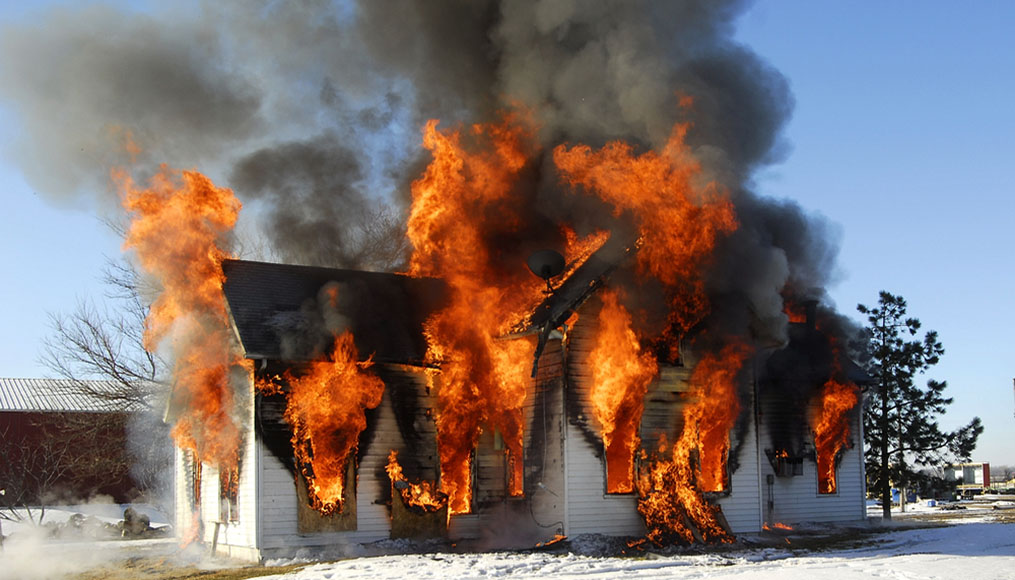 Home Insurance Coverage D: What Is Loss of Use Coverage?
#InsuranceBeginner #InsuranceExplained 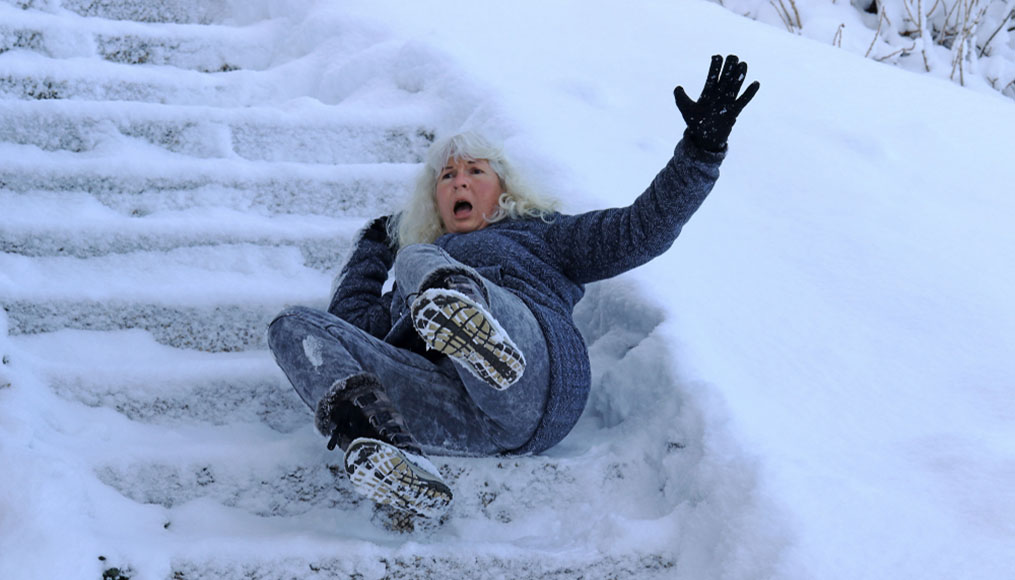 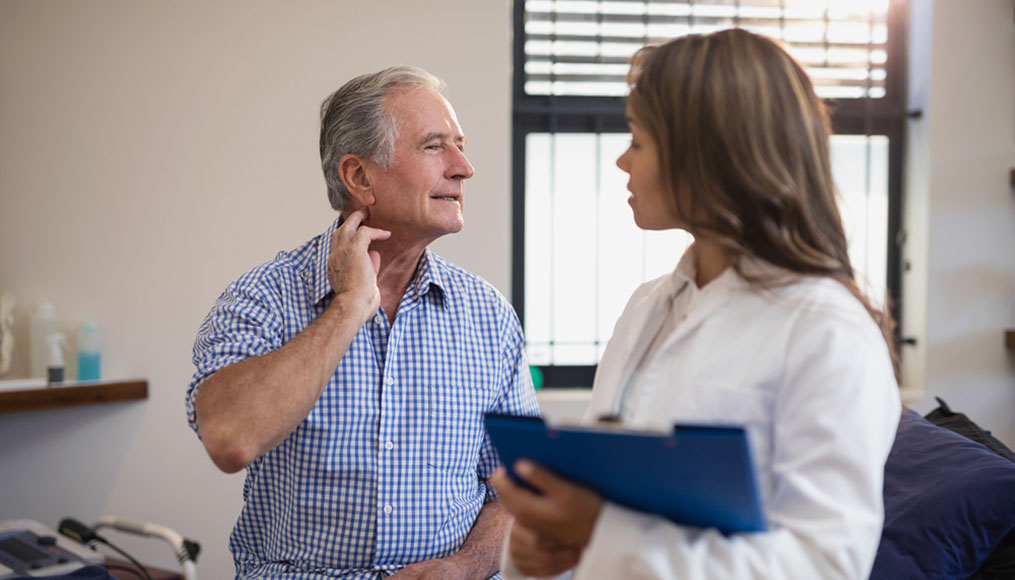 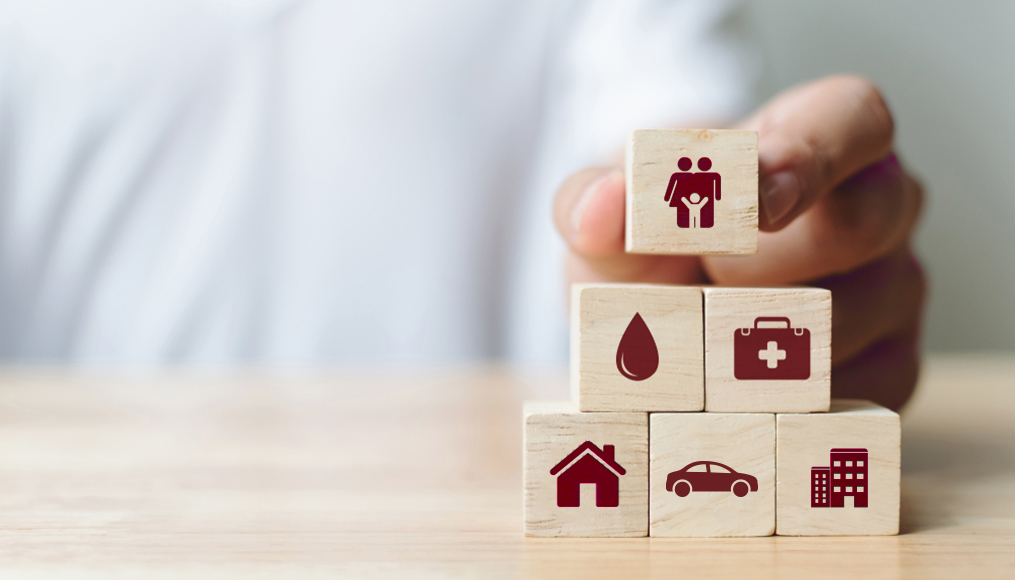