Birmingham, Alabama, is the second-most populous city in the state. A diverse city with great dining and recreation opportunities, it’s no surprise that over 200,000 people call Birmingham home.

And there’s one thing every homeowner in Birmingham should have: homeowners insurance. The right insurance policy protects your property and your finances from unexpected damage. We’ve analyzed several top insurance companies in Birmingham and broken down their rates, coverages, and more.

How Much Is Homeowners Insurance in Birmingham, Alabama?

The average cost of homeowners insurance in Birmingham is about $1,333. This is lower than the average rates in other large, notable cities in Alabama like Mobile and Montgomery.

Your lender will require you to get a home insurance policy if you have a mortgage. While this might seem unfair at first, homeowners insurance is the best – and often only – way for you and your mortgage lender to recoup the investments in your house if it suffers damage. For instance, most people don’t have enough money to pay for repairs if a fire or hurricane wrecks their home.

Home insurance protects your property from these and many other covered perils. Here’s a list of the average rates in Birmingham from some top providers.

The numbers in this article are from the Alabama Department of Insurance. The premiums provided here do not include surcharges or discounts that may apply to a particular policy. These are real premiums, but they may vary depending on many factors.

The rates utilized are for an HO-3 Special Form, the most common type of homeowners insurance policy. The HO-3 covers houses on an “all-risks” basis, protecting property from 16 perils. Certain named exclusions, such as floods and earthquakes, are not covered.

The amount of coverage you need is determined by the value of your home. The annual premiums are calculated based on $150,000 or $300,000 of dwelling coverage for 10-year-old houses with brick construction, a $500 deductible, no policy lapses and a premium paid in full.

The policyholder represented is a 40-year-old with a 710 credit score. Insurers in most states use credit rating as an indicator of your ability to pay your premiums on time. Having a bad credit score (below 600) may cause you to pay more for home insurance than someone with a good credit score (700+).

The rates represent houses that have smoke detectors and deadbolt locks with no other protective devices and no claims history. Many homeowners insurance companies may offer additional discounts to policyholders that protect their house with security systems or other features.

Travelers has the lowest average premium on the list, and Allstate was the only other provider that came in below the city average. Well-known carrier Nationwide came in as the most costly, $733 or 55% over the Birmingham average.

The cost of homeowners insurance is affected by many factors. One of the most significant ones is home value. Generally, the more a home costs to build or buy, the more it costs to insure. Insurance companies value houses by either their replacement cost or their market value.

The replacement cost of a house is how much it would take to rebuild the home if it was completely destroyed. It’s tied to construction and labor costs. The market value is based on the real estate market and what someone would pay to buy the house.

Insurance companies can use either valuation method to determine how much dwelling coverage you’ll need, which we’ll get to later. For now, take a look at the list of providers in Birmingham again, this time for premiums on $150,000 homes only.

Average Homeowners Insurance Cost in Birmingham for a $150,000 House


Breaking Down Home Insurance in Birmingham on $150,000 Homes

As you can see, costs are lower across the board when looking at only $150,000 homes. Travelers was still the lowest, and Allstate was the only other insurer with premiums listed below the city average at the $150,000 price point.

Even if you’re looking for $150,000 worth of coverage, certain features of your home can cause rates to vary. For example, a $150,000 house built from concrete or bricks may cost less to insure than a $150,000 house constructed with wood. Masonry homes often have lower premiums than frame homes. Additionally, living in an area with high crime rates can cause you to pay more for coverage.

Note the extent of premium increases when looking for coverage on a $300,000 house:

Average Homeowners Insurance Cost in Birmingham for a $300,000 House 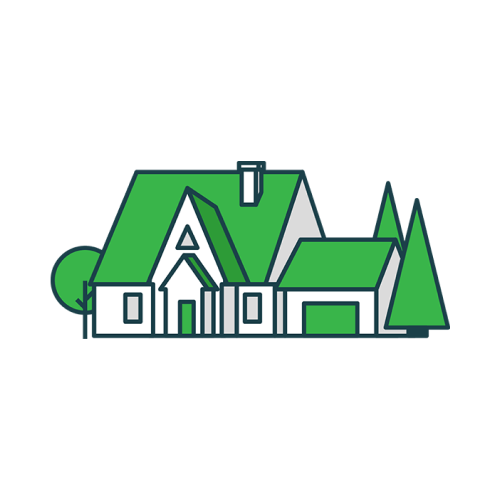 We partner with the nation’s top homeowners insurance companies so you can get a custom policy at an affordable price.

As you can see, there are plenty of notable insurance companies in Birmingham to choose from. We listed seven major ones, but over 20 insurers filed rates with the state government. One popular carrier not listed is Universal Property & Casualty, one of the largest insurance companies in Florida that also writes in several other southern states, including Alabama.

State Farm, Allstate, and Farmers are some of the biggest insurance companies in the country. When shopping for home insurance, it’s essential to compare quotes from several providers in your area to find the best one for you. Look at the potential discounts they offer. Notice different exclusions and coverages.

Are There Independent Insurance Agents in Birmingham?

Thankfully, there are insurance agents to help with that decision. An independent insurance agent works with multiple carriers, and they can help you find a policy with any of them.

We’re Clovered, an independent insurance agency that operates in several southeastern states, including Alabama. We can help you find home insurance – and any other insurance you need – in the Birmingham area. We partner with some of the nation’s top insurance carriers, so you have options to find the coverage you need.

What Does Home Insurance Cover?

HO-3 policies are the most common type of homeowners insurance. These plans come with different coverages as follows:

Other structures coverage is for the fixtures on your property not attached to your main house, like sheds, fences, gazebos, and detached garages or carports.

Loss of use applies when you need to move out of your home after it sustains damage. If you need to relocate while your insurance company rebuilds or repairs your house, your loss of use coverage enables your provider to reimburse you for expenses like hotels, gas, and food.

Liability and medical payments coverages protect your finances when someone gets injured and wants to pursue you for the damages. Let’s say your dog bites someone. Liability coverage can cover your legal fees and the injured person’s medical bills if you’re found liable. Medical payments coverage is similar, but it’s designed to cover minor injuries only.

Having attractive nuisances around your home can cost you, too. Certain features, like pools and trampolines, make your home more dangerous. Insurers believe they increase your property’s chances of a liability claim, so they may charge you more to offset your risk.

Birmingham’s central location in the state means it’s largely sheltered from hurricanes, which can be a major factor in home insurance rates. On the other hand, tornadoes are a rather prevalent threat to central Alabama residents and have plagued Birmingham in the past. The likelihood of wind damage from a tornado can raise rates in Birmingham.

Aspects of your policy itself, like your deductible and how much coverage you want, also directly impact how much you pay. Adding optional endorsements or riders will increase your premiums, too.

How to Get a Home Insurance Quote in Birmingham, Alabama

When shopping for home insurance, it’s crucial to compare quotes from multiple providers. Clovered can help you do this. Our objective is to simplify insurance. We want to find you coverage in Birmingham.

You can utilize our online quoting platform or speak to a licensed agent on the phone by calling 833-255-4117 Monday through Friday from 8:30 a.m. to 6 p.m. You can also email us anytime at agent@clovered.com.

We partner with the nation’s top homeowners insurance companies so you can get a custom policy at an affordable price.

How to Protect Your Home From Flooding in Birmingham, Alabama

Another threat relevant to many Birmingham homeowners is the possibility of flood damage. Many areas in Birmingham are prone to flash floods. This is problematic because home insurance doesn’t cover damage from flooding.

The Federal Emergency Management Agency (FEMA) creates and maintains flood zone maps for the country. Your mortgage lender will require flood insurance if you live in a high-risk flood zone, called a special flood hazard area.

There are flood zones in Birmingham. For example, some areas south and west of Birmingham-Shuttlesworth airport are in flood zones. Also, some properties along Fivemile Creek are in federally designated flood zones.

If you need flood insurance, you can always choose the National Flood Insurance Program, which is administered by FEMA and is the largest flood insurer in the nation. You may also have several private flood insurance companies to choose from that could offer greater coverage at a competitive rate.

To find the best flood insurance option in your area, you can turn to us. Clovered’s flood insurance quote form is straightforward and easy to fill out. One of our licensed agents will get back to you, and they will help you get the flood insurance you need at the price you want. 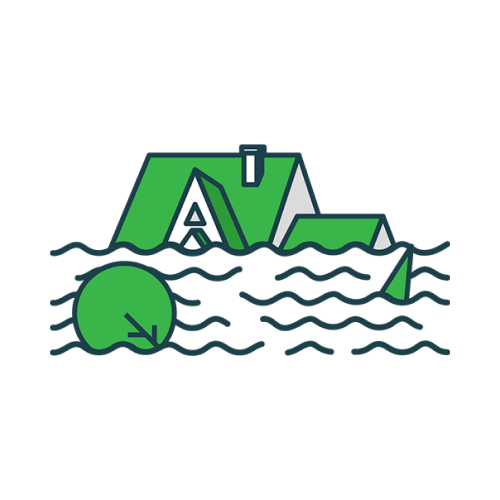 Stay Above Water With Flood Insurance

Do you want to pay for costly and common flood damage yourself or have an insurance policy pick up the tab?